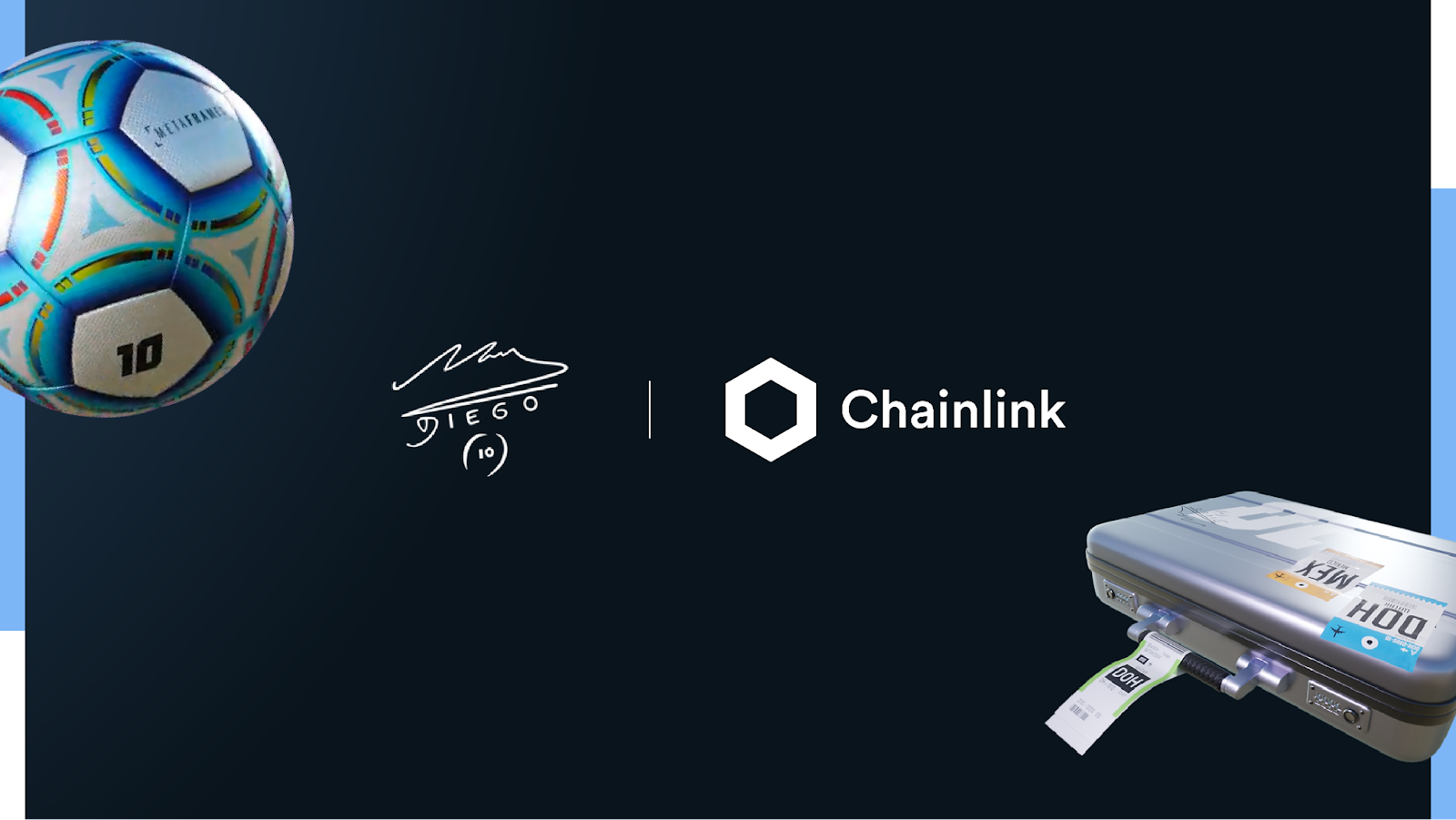 We’re excited to announce that The Official Maradona Fan Cub has integrated Chainlink Verifiable Random Function (VRF) on Ethereum mainnet. By integrating the industry-leading decentralized oracle network, we now have access to a tamper-proof and auditable source of randomness needed to help power a fair NFT launch and future NFT-based raffles and airdrops. Ultimately this creates a more exciting and transparent user experience, as users have verifiable assurances that all luck-based initiatives, including the launch, are using a provably fair random number generator.

In order to create a fair NFT launch, we needed access to a secure random number generator (RNG) that any user could independently audit. However, RNG solutions for smart contracts require several security considerations to prevent manipulation and ensure system integrity. For instance, RNG solutions derived from blockchain data like block hashes can be exploited by miners/validators, while off-chain RNG solutions derived from off-chain APIs are opaque and don’t provide users with definitive proof about the integrity of the process.

After reviewing various solutions, we selected Chainlink VRF because it’s based on cutting-edge academic research, supported by a time-tested oracle network, and secured through the generation and on-chain verification of cryptographic proofs that prove the integrity of each random number supplied to smart contracts.

Chainlink VRF works by combining block data that is still unknown when the request is made with the oracle node’s pre-committed private key to generate both a random number and a cryptographic proof. The OMFC smart contract will only accept the random number input if it has a valid cryptographic proof, and the cryptographic proof can only be generated if the VRF process is tamper-proof. This provides our users with automated and verifiable assurances directly on-chain that is provably fair and was not tampered with by the oracle, outside entities, or the MetaFrames team.

“The Official Maradona Fan Club NFT utility comes from our holder’s ability to win special prizes in a variety of airdrops and raffles. Chainlink VRF is critical for giving our users a uniquely Web3 assurance that every initiative, from the initial NFT drop to the upcoming raffle for World Cup tickets, is underpinned by a verifiably random number generator.” — Sanjay Wadhwani, CEO of MetaFrames.

Chainlink is the industry standard for building, accessing, and selling oracle services needed to power hybrid smart contracts on any blockchain. Chainlink oracle networks provide smart contracts with a way to reliably connect to any external API and leverage secure off-chain computations for enabling feature-rich applications. Chainlink currently secures tens of billions of dollars across DeFi, insurance, gaming, and other major industries, and offers global enterprises and leading data providers a universal gateway to all blockchains.

Learn more about Chainlink by visiting chain.link or reading the developer documentation at docs.chain.link. To discuss an integration, reach out to an expert.

If you wish to learn more about the OMFC NFT, please visit maradonaofficial.io.

This website uses cookies to improve your experience while you navigate through the website. Out of these, the cookies that are categorized as necessary are stored on your browser as they are essential for the working of basic functionalities of the website. We also use third-party cookies that help us analyze and understand how you use this website. These cookies will be stored in your browser only with your consent. You also have the option to opt-out of these cookies. But opting out of some of these cookies may affect your browsing experience.
Necessary Always Enabled
Necessary cookies are absolutely essential for the website to function properly. These cookies ensure basic functionalities and security features of the website, anonymously.
Functional
Functional cookies help to perform certain functionalities like sharing the content of the website on social media platforms, collect feedbacks, and other third-party features.
Performance
Performance cookies are used to understand and analyze the key performance indexes of the website which helps in delivering a better user experience for the visitors.
Analytics
Analytical cookies are used to understand how visitors interact with the website. These cookies help provide information on metrics the number of visitors, bounce rate, traffic source, etc.
Advertisement
Advertisement cookies are used to provide visitors with relevant ads and marketing campaigns. These cookies track visitors across websites and collect information to provide customized ads.
Others
Other uncategorized cookies are those that are being analyzed and have not been classified into a category as yet.
SAVE & ACCEPT